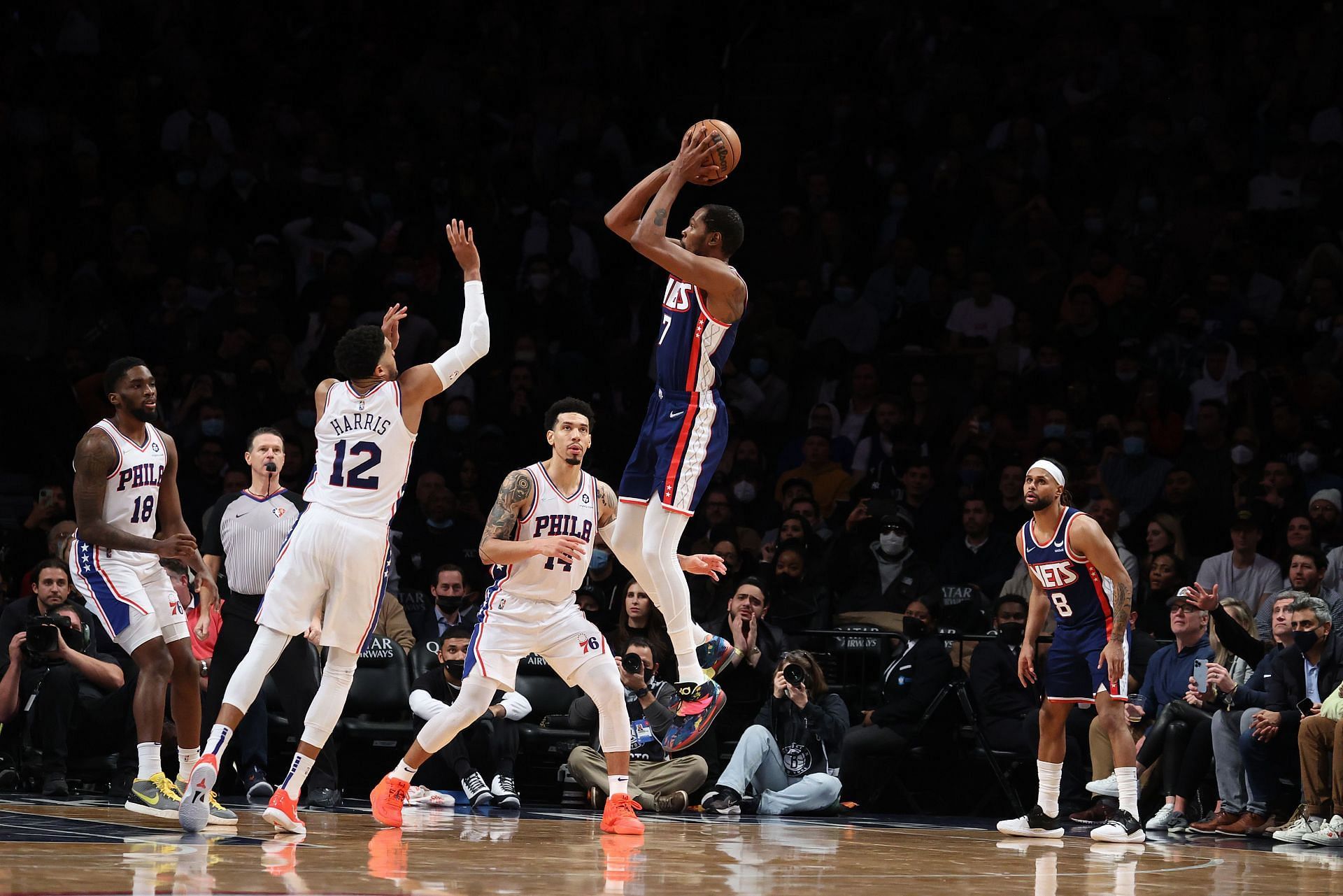 The Brooklyn Nets are set to face the Philadelphia 76ers for a third time in the NBA this season at Barclays Center in New York.

The Brooklyn Nets are first in the Eastern Conference with a record of 23 wins and nine defeats so far this season, and they have won four of their past five games. They have Kevin Durant and LaMarcus Aldridge available to play after they cleared the NBA's Health and Safety Protocol following a two-week absence.

The Philadelphia 76ers remain without Andre Drummond, Shake Milton, and Danny Green for this one. The 76ers are in sixth place in the Eastern Conference with a record of 18 wins and 16 defeats so far this season, and they have won three of their last five games in the division. In addition, they have won two games in a row and are looking to claim three straight wins for the first time this season.

The Brooklyn Nets have won their two meetings this season, with Durant starring in each game. The form of James Harden and Durant will be critical for the Nets in the game. They are favorites to win and are in an excellent position to strengthen their lead in the East.