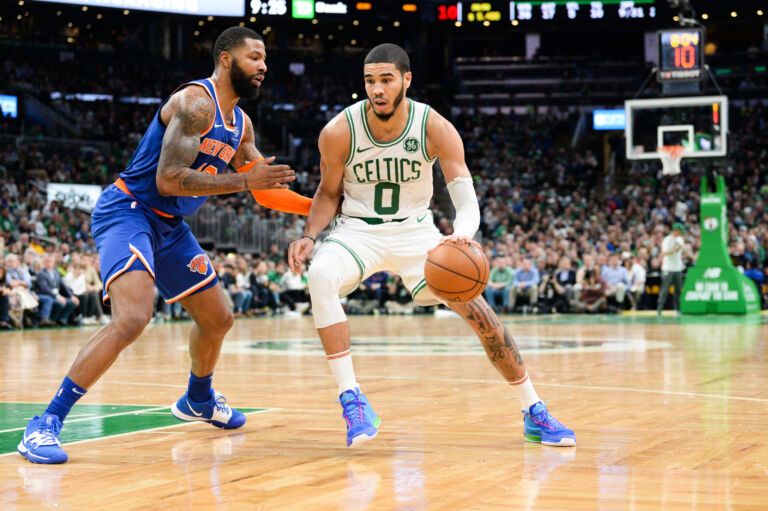 The Boston Celtics will be out for revenge when they take on the New York Knicks for a second time this season at the TD Garden in their all-Eastern NBA encounter.

The Boston Celtics have been inconsistent in their first season under coach Ime Udoka, picking up 14 wins and 15 defeats in their first 29 games. The Celtics have won just once in their last five matches and are 10th in the Eastern Conference. In their earlier meeting this season, the New York Knicks claimed a 138-134 2OT win over the Celtics. Jayson Tatum and Jaylen Brown have been key for Celtics' season, despite Brown's struggles with injury.

The New York Knicks have had a comparable start to the NBA season with the Boston Celtics. The Knicks currently sit in 12th place in the Eastern Conference after just one win in their last five matches. The New York Knicks have won 13 and lost 16 of their games in the NBA this season. Julius Randle and RJ Barrett will be needed at their best to help steer the team back to their best.

The New York Knicks claimed a 2OT win in an eventful meeting on the first day of the season against a Boston Celtics side that was playing their first match under a new coach. Former Celtics player Kemba Walker scored ten points in that game but has been completely moved out of the rotation in the last few weeks. The Knicks have struggled since the four-time All-Star was dropped and are expected to continue in that trend against the Boston Celtics. In this one, the Boston Celtics should pick up the win and take advantage of the freezing out of their former player.