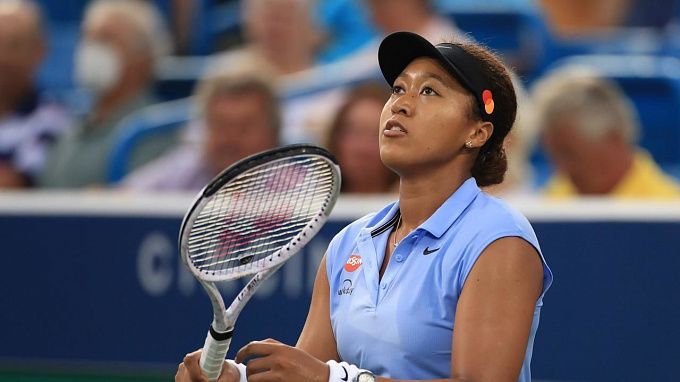 Marie Bouzkova will battle Naomi Osaka in the first round of the US Open. The tennis players met only once and Osaka had a solid win in this match. Will Bouzkova be able to put up a fight this time?

The last Grand Slam tournament for Marie Bouzkova was Wimbledon 2021. The Czech player crashed out after her first match, in which she lost to Vera Zvonareva 5-7, 4-6. After that Bouzkova played in four tournaments. She was beaten first by Sanders in the first round in Prague and then by Konyukh in San Jose. In the first round in Montreal, Bouzkova couldn't compete against Sakkari and decided not to continue in the second set due to injury. The only victory in the last period was against Hercog in Cincinnati with a set score of 2-1, then the Czech tennis player lost to Zhang Shuai.

Naomi Osaka withdrew from Roland Garros in the second round. The Japanese then played at the Olympics, she managed to reach the quarterfinal stage, where she was defeated by Vondrousova in two sets. Recently, the third-ranked player of the world played in Cincinnati. Osaka was stronger than Cori Gauff in her first match but was unable to perform at her best against Teichmann where she lost in all three sets. In 2021 Naomi played 18 matches on hard court, had 15 wins, and left the court as a loser three times.

Marie Bouzkova and Naomi Osaka had only one head-to-head encounter before, which also took place on hard court. In 2020, the tennis players met in the first round of the U.S. Open. The representative of Japan did not leave a chance Marie Bouzkova and won in two sets - 6-2, 6-4.

Naomi Osaka won the U.S. Open in 2020, the third Grand Slam title of the Japanese tennis player's career. The title defense so far has been very unsuccessful for the third-ranked player of the world. In 2019, Osaka reached the fourth round when defending her US Open title, losing to Belinda Bencic, and in 2020 she lost to Cori Gauff at the Australian Open. This season, Osaka has not yet been able to boast good results. The same can be said about Bouzkova's performance form, who has managed to win only four matches in her last 13 tournaments. Quite an interesting game is expected, as both tennis players still have something to prove to themselves. Bookmakers consider Osaka to be the unconditional favorite, but I think, as in the previous only head-to-head encounter, the Czech tennis player can win at least six games.