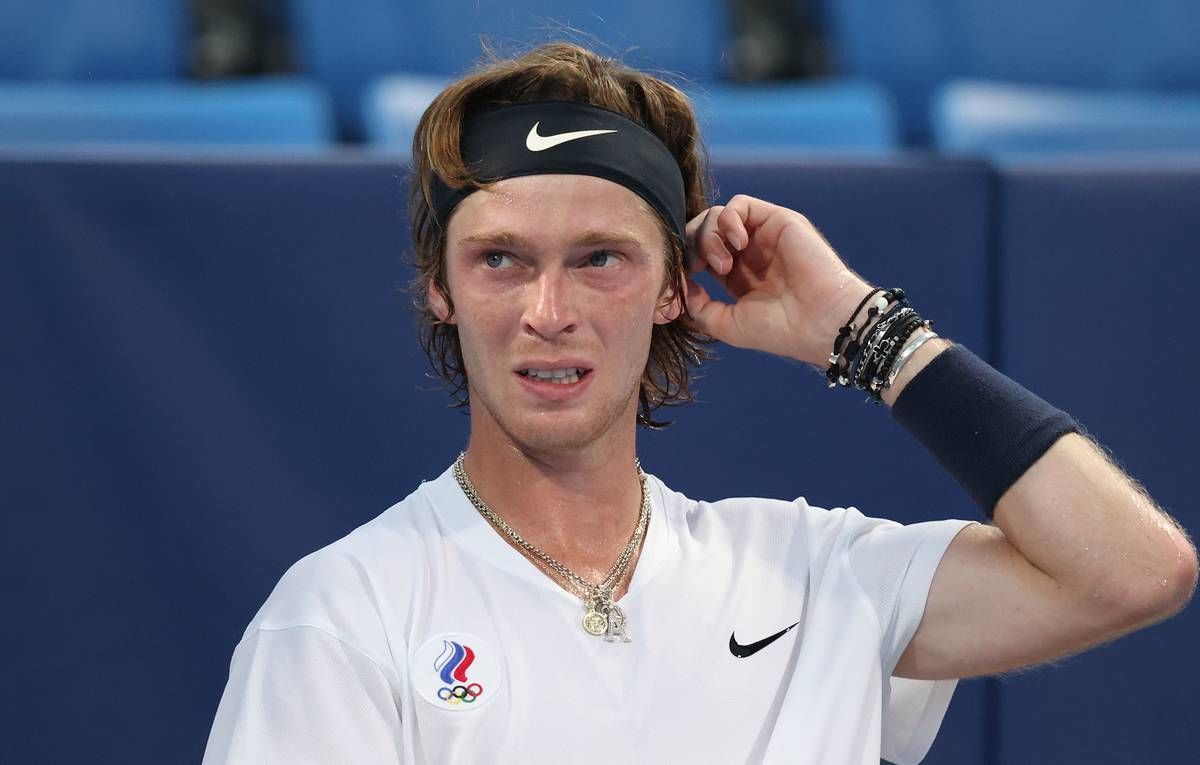 Fabio Fognini and Andrey Rublev will meet each other for the ninth time on the tour. The overall advantage is on the side of the Italian. However, the Russian has won both matches in 2021. Unsurprisingly, Andrey Rublev is quoted as the big favourite in the pairing.

As we all know, Andrey Rublev took part in the Olympic Games in Tokyo. In singles, the Russian flopped, losing in the first round to eventual host, Kei Nishikori. In the mixed doubles with Anastasia Pavlyuchenkova, Andrey unexpectedly claimed Olympic gold after defeating another Russian duo, Vesnina-Karatsev, in the final. There is little doubt Rublev has lost his form since the Olympics. There are questions about the Russian’s morale, whether he has recovered from his triumph in Tokyo? That question will be answered by Andrey’s first match on Canadian soil.

To win gold for my country is a dream come true. When I was a kid, everyone watched the Olympics. Over the years, I also began to take an interest in the Games, following the results. At some point, I thought that one day I would also like to take part in the Olympics and compete for a medal. And eventually, I did. It’s something amazing.

Fabio was also in Tokyo, and the Italian fared better than the Russian in singles. Fognini reached the third round, where he lost in three sets to Daniil Medvedev. Before losing to world No. two, the Italian knocked out Sugita and Gerasimov. Unlike Rublev, Fognini had already played one match in Toronto. In three sets, Fabio beat the German Struff, and it is also important to note that it was a victory of will for Fabio. The match lasted almost two and a half hours and was remembered for the many double faults. Fabio had 11 double faults, while Jan-Lennard had 9.

Rublev has had plenty of time to bounce back from the Olympics and triumph in the mix. Andrey is a professional with an American cycle ahead in the form of the US Open. Also, let’s not forget the battle for rankings and a place in the final tournament. Fognini was very uncomfortable for Rublev until recently, but in 2021 a lot has changed. Andrey has beaten the Italian twice, first at the ATP Cup in Australia and then at Wimbledon. We think Rublev has a good chance to beat Fabio again with a good margin. Here are the odds for the game: Handicap 1 (-1.5) in sets for 1.80, Handicap 1 (-4) for 1.89.