PSV vs Benfica: we should expect a lot of cards in this match 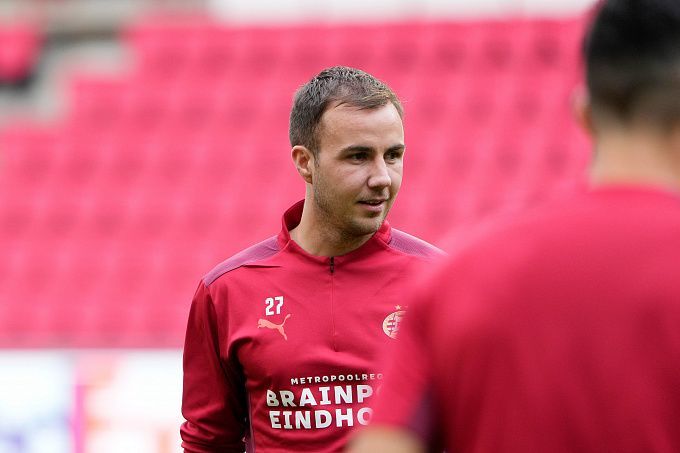 PSV have not had the best statistics of return-leg matches in European tournaments. Will Rogers Schmidt's team be able to improve their performance and make a comeback against the Portuguese representative of the Primeira Liga?

After an unsuccessful performance in Portugal, PSV returned to their ground. In the previous weekend, the team, led by Roger Schmidt, hosted Cambuur fc in the second round of the Dutch championship. The team successfully performed in the attack and scored four goals. The match ended with a score of 4-1. This is the second victory in a row in the Eredivisie. In the debut match of the season, the representatives from Eindhoven defeated Heracles with a score of 2-0.

After a successful game against PSV in the first-leg match, Benfica had their next match playing away. The Lisbon team traveled to Gil Vicente. The hosts held a draw until the final stage, where Benfica managed to beat their opponent. In the end, the Eagles scored two goals and claimed their third consecutive victory in the Portuguese championship. Prior to that, Benfica defeated Moreirense and Arouca.

The upcoming match will be interesting because there are a lot of interesting statistics. For example, in this season Benfica has not yet found itself in a catch-up role. Even in the case of missing a goal at the beginning of the match, the club has often managed to correct this situation: they have made seven comebacks in the previous 16 matches in all competitions. The representatives of the Eredivisie do not have the best record in terms of European club comebacks in the case of defeat in the first match. The team from Eindhoven managed to win at home only 12 of the last 30 matches (40%). A very tense encounter is expected in Eindhoven, both clubs, of course, wish to be in the group stage of the most prestigious club tournament. That is why we should bet on the yellow cards, a lot of cautions are expected. You can also expect a lot of goals with a TO 2.5.