Astralis vs Team Spirit: the Danes are still strong 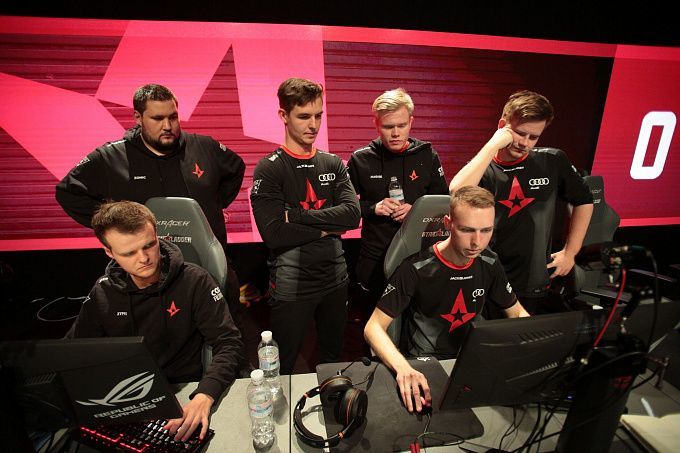 The long break in the world of Counter-Strike: Global Offensive has finally come to an end. During this time everyone missed the real Top Tier of CS and soon all the fans of the FPS will plunge back into it at the highest level. The first tournament of the new season will be ESL Pro League Season 14, where 24 teams will compete for the $750,000 dollars prize. The tournament brings together the best of the best, the teams are divided into four groups of six teams, but only three of the six will make it through, so there will be no room for mistakes. The final match of the first day will be a battle between Astralis and Team Spirit. The Danes, after a decline, began to rise again in the HLTV rankings and pose a threat to any team. Will the Dragons be able to handle them?

Astralis: too many rumors

Astralis have some problems, the team has certainly given up over the last year, but it's still a very strong squad. They're fourth in the world right now. They can outplay any team and can go very far in this tournament. There have been a lot of rumors lately about the team's decision-making, but those sources are so unreliable that we certainly won't believe them. The last tournament for Astralis was IEM Cologne 2021, where they took 3-4th place. The team looked good, although we should admit that they lacked a sniper on the shooting guard.

As for the maps, in my opinion, there can be no other options here than Inferno. This map is too weak for Team Spirit, and the Danes themselves look pretty confident on it, even in spite of the win rate. They beat Virtus.pro, which has one of the best maps, was a very close fight with G2 Esports. So the Danes should choose Inferno for an almost certain victory. If they take some other map, I would hold off betting on them.

Team Spirit took last place at IEM Cologne 2021 after an unsuccessful campaign. They decided to go on a scavenger hunt in tournaments that give good prize money. That's why the Spirits took part in the Pinnacle Cup and managed to win it taking the 80 thousand dollars prize. The team looked good against draw-2 squads, but IEM Cologne showed that it is difficult for them against the best teams, especially when the team is not in the best shape. In my opinion, Team Spirit has only two options: to pick Ancient, where they showed a good level of play, while the Danes completely failed both their matches on this map, or just take their best map (Dust2) and hope that they will be stronger there. Although the second option does not seem to me the most advantageous, as Astralis in recent matches looked good on this map. They beat NAVI, G2 Esports, Faze Clan. On Dust2 in any case, it will be difficult and much more interesting to leave it for the third decisive map. If Team Spirit does not take Ancient with their choice, the chances of winning will be significantly reduced. In any case, the Danes look like the favorites for the game.

Astralis is not as bad as presented by many experts, the team is in the top 5 of HLTV rankings and better than 95% of the teams, they can still qualify for the highest places. In my opinion, a lot will be decided by maps chosen by the teams, but Team Spirit is very bad at understanding their strengths and weaknesses, apparently. That is the reason why in the last tournaments in bo1 matches they managed to get to Inferno, their worst map, I don't understand.

Bookmakers offer odds of 1.85 for Astralis to win, which looks like a good option. You can also bet on the victory of the Danes with a handicap (+1.5) for odds of 1.25.