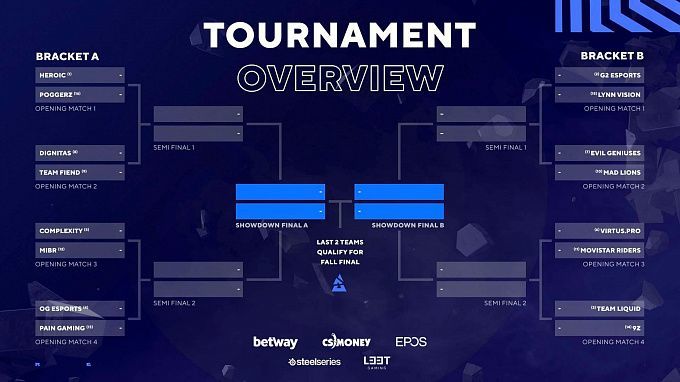 PGL Major Stockholm 2021 is coming very soon, but this does not mean that you should forget about the other tournaments. BLAST Premier Fall Showdown 2021 is the last chance for the teams to qualify for the finals of the fall series of BLAST tournaments for half a million dollars. Who will perform at the Showdown? What are the chances of Virtus.pro? And who should we expect surprises from?

The odds and chances of the teams

The main favorites in the fight for the first slot for the finals will be Heroic and OG. The Danes have not been able to show a good game for a long time and are now actively preparing for the Major. They will want to check their shape and will not hesitate to show some of their ideas. And to tell the truth, the two favorites of the left side of the bracket were lucky with their opponents.

OG was preparing for the last RMR tournament, going to several bootcamps in a short period. Everyone expected them to pass to the Major, given that the team loves and knows how to play at LANs, but then they burned out. If they had finished IEM Fall 2021 Europe, they would have been in the Major. But it happened as it happened. They need to cope with serious psychological stress, not to give up and keep working, because there are enough tournaments without a Major. OG will probably be the most motivated team of this Showdown.

We can hardly expect any surprises from the other teams, it's a long way to the slot. Team Fiend or Team Dignitas may surprise us and beat Heroic in the semifinals, but they will hardly play a second consecutive match at maximum in the finals. Complexity Gaming and MIBR are unorganized, as the RMR tournaments showed. And the rest simply won't have enough class.

On the other hand, the intrigue on the right side of the playoff bracket is much more serious. There is a team capable of competing for a slot in each of the four quarterfinals. It's time for G2 Esports to stop mucking around, Evil Geniuses sort of reconciled and gathered for the Major, Virtus.pro played the last RMR tournament smartly, forgetting about the rumors about a possible replacement, and Team Liquid, who easily dealt with rivals on their RMR.

We want to call Virtus.pro the main favorite in the fight for the second slot, based on the latest results. After all, at the last CIS tournaments, the team experienced much fewer problems than the other favorites on the right side of the bracket. We will definitely watch them closely, and support them. 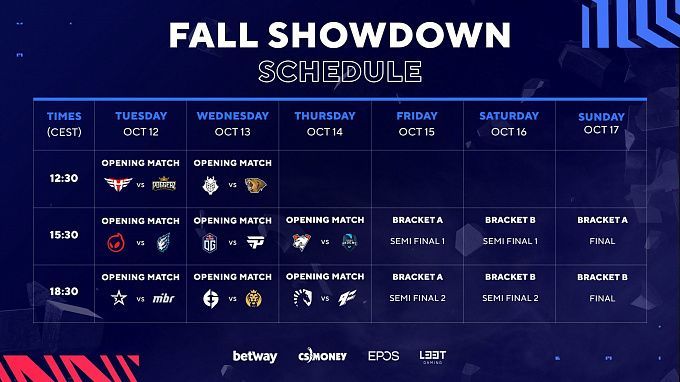